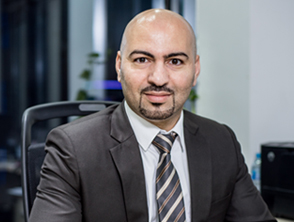 Certified Arbitrator at G.C.C. Commercial Centre: In 2014 Qassim has officially enrolled as an Arbitrator

Legal Mediator (Civil and Criminal):  In November 2020, Qassim has officially licensed and enrolled by the Ministry of Justice and Islamic Affairs as a civil and criminal Legal Mediator

Experience and Responsibilities (2013- to date):

Qassim is very bright and intelligent person and has the ability to digest large volumes of information quickly and formulate an effective strategy for each case that he is assigned.

He is one of the best members of HRA legal team and has the ability to understand the laws as well as analyzing and interpreting laws and comparing them to the local and territory jurisdictions.

Qassim is very well known at HRA for legal researches about laws, judgments and arbitrations and very strong in his motions and arguments. He is one of the lawyers who representing our clients in courts with persistent skills and professionalism.

Qassim attended an intensive program on advocacy, written pleading, oral pleading & contracts drafting and he was ranked 7th out of 69 participants. Qassim attended tens of legal and non-legal courses, workshops, seminars  and conferences. He is officially registered as an Arbitrator at G.C.C. Commercial Centre since 2014 in addition to obtaining Professional Certificates in the following Arbitration Programs: