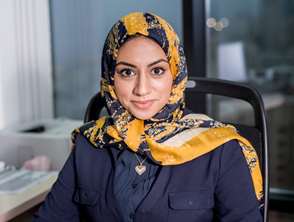 Experience and Responsibilities (July 2009 – to date):

Fatima also specializes in corporate law, including company formation and registration, restructuring, mergers and acquisitions, as well as liquidation.  Fatima also assisted in the establishment of financial institutions governed by the rules of the Central Bank of Bahrain (CBB) including the preparation of and review of all relevant legal and statutory documents and conducting due diligence.

She is also experienced in a broad range of matters including arbitration, litigation, banking and finance and employment law.